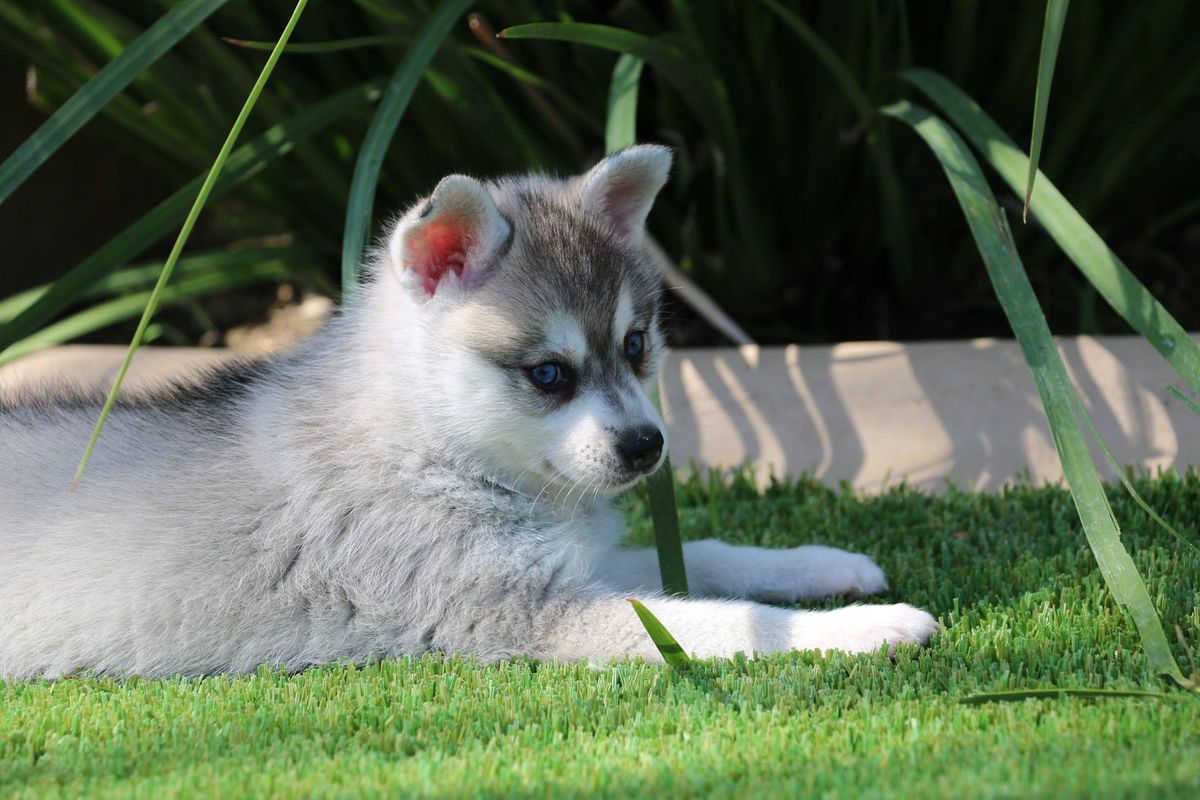 Miniature Husky Puppies vs. Alaskan Klee Kai – What You Need To Know

As for Alaskan Klee Kai, they are a breed of their own. The breed was created by Linda Spurlin in the late 1970’s. She used 4 breeds through selective breeding and 20 years of dedication to achieve the look she visioned, a miniature version of the husky. The 4 breeds are Alaskan Husky, Siberian Husky, Schipperke and American Eskimo. The Alaskan Klee Kai became a recognized breed in 1997 with the United Kennel Club (UKC) and The American Rare Breed Association (ARBA). They usually weight between 10 to 25 pounds and come in a variety of colors. What is more, they tend to resemble Siberian Huskies more than Alaskan huskies.

Klee Kai are also bred in three different sizes. They are as follows:

Miniature Husky puppies are known for being smart and independent, they can also be stubborn in some ways. Since they are huskies by nature, they share the personality seen in larger Siberian Husky dogs. Just because you have a Miniature Siberian Husky doesn't mean the dog requires less exercise than standard-sized Siberian Huskies. This dog was bred for the outdoors and to specialize in endurance running; that is what you get in a Siberian Husky, no matter what the size. Miniature Husky puppies can do best in areas with colder temperatures and require outdoor time and/or lots of space to run.

Alaskan Klee Kai are known to be loyal companions. They are intelligent and easy to train but can be stubborn. They need owners that are not too soft and can be the pack leader. They reserve with strangers; hence, it is essential for them to undergo plenty of socializing. And while they will not have trouble living in a smaller area, they need to have access to a small yard to run around. They can live alongside children provided the latter is not too rough and treats them with respect. Also known for their hunting instinct, Alaskan Klee Kai love to hunt lizards and other small pray. They can live well with other animals if introduced accordingly.

Both the Miniature Huskies and Alaskan Klee Kai require specific attention and care. And since they have double coats common in the northern breeds, they need to be brushed weekly to remove the dead undercoat and promote the growth of new hair. Both breeds do shed their undercoats (blowing coat) usually twice a year.

Add to this the fact that they need to have lots of attention and can be needy. They must be included in all family matters. As long as you are consistent and persistent, you should not have any trouble training them. Remember they are only as smart as their owners.